A leaking window can spell big trouble – whether that’s causing damp in the home or even structural problems.

However, by identifying and fixing leaks at the earliest opportunity, you can limit the damage they cause and keep your home warm and dry.

How to Find Window Leaks

You might assume that spotting a leaking window would be easy. If it rains and there’s water on the inside of the window, then you’ve got a leak – what could be simpler?

However, windows leaking water aren’t always that obvious. By being a little proactive, you can stop a small problem from becoming a very big problem – after all, most of us aren’t going to notice a few droplets of water unless we go looking for them.

That’s why it’s worth checking for leaks from time-to-time, particularly during winter. One of the easiest ways to do this is with a special heat-measuring device that emits a beep when it’s pointed at a leak.

You might find that a leak of just a few droplets is worse than it at first appears, particularly if it’s been left unnoticed for a long time. Where leaks occur inside a wall, the moisture will be quickly absorbed, so you won’t notice there’s a problem until unsightly splotches begin to appear.

The most vulnerable area of the window is the space where it meets the wall. This should be sealed to keep out moisture, but this seal can degrade over time, and must be periodically refreshed. The same applies to the rubber which holds the glazing in the frame, and the paint which seals a timber window in position.

The location of your leak will give you a fair indication of what’s caused it. A leak in the top of the window indicates a leak in the wall overhead – not the window. Windows leaking water beneath the frame, on the other hand, will probably indicate a problem with the window itself.

A lack of sealant around the edge of the window isn’t the only factor at work here. The problem can often be exacerbated by the building. If there isn’t enough overhang on the roof, then water will drip back onto the wall, gradually eroding the sealant every time it rains. If the fascia board (the bit that sits just beneath the edge of the roof) is angled toward the house rather than away from it, you’ll get the same problem.

Other issues relate to poor installation methods and materials. Windows should be sealed using window flashing rather than typical building paper. This will create a water-resistant seal that’ll protect the window. By the same token, if your windows have been poorly installed, gaps can quickly begin to appear between the frame and surrounding wall.

How Do I Fix Window Leaks? 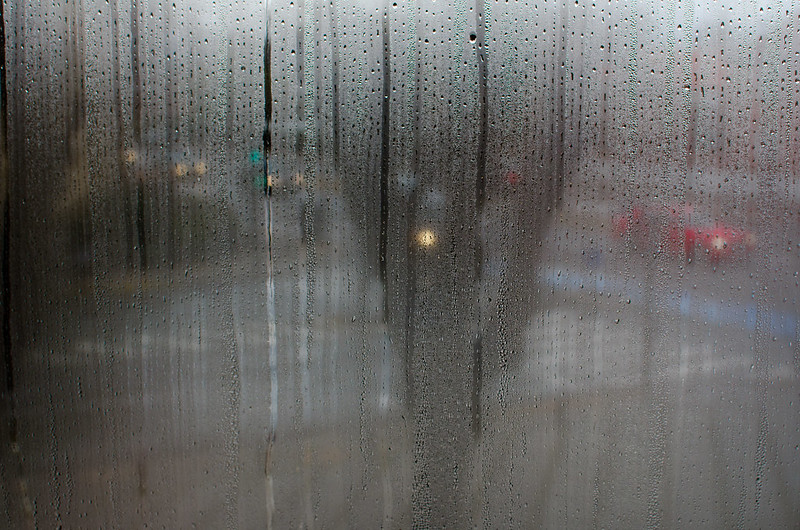 Fixing a leaky window frame is often a simple matter of resealing the window. This means stripping away the existing sealant and applying a new layer. Sealant guns are inexpensive, and make the job as easy as pointing the nozzle into the gap and squeezing the trigger. Before the sealant has a chance to dry, spread it using a knife so that it covers the entire gap. You’ll want to check that the window is entirely sealed before you call the job done.

Occasionally however, the problem might be so severe that the window needs replacing – generally when the seal around the glazing itself has failed. While it’s possible to reseal windows damaged in this way, it’s impossible to put the argon gas back into a double-glazed window once it’s escaped. As such, it’s worth replacing your window ASAP.

Another sure sign your windows need replacing is when the leaking has spread beyond the window, and the surrounding structure of the building has been compromised.

How Can I Prevent My Windows Leaking?

No window lasts forever, so you can be fairly certain that your window will fail at some point. It’s therefore worth inspecting every window in your home once a month or so. Check that the exterior sill is angled away from the window so that water can freely drain away, rather than collecting in a puddle.

Timber windows will need more frequent attention than uPVC windows, as uPVC is resistant to water by nature. You’ll want to periodically refinish your timber windows to help keep out moisture. The same goes for the drainage channel on hung windows – these can become blocked by fallen leaves and other debris, which will prevent water from draining away from the window.

You can often prevent window leaks by paying attention to the roof overhead – especially if it’s flat. As water pools on certain sorts of plastic roof, it can cause the surface to deform until the water cannot escape. The weight of the pooling water will then create enough pressure to cause a leak.

Saying that, sloped, tiled roofs aren’t immune, either; inspect them for gaps and damaged tiles, and re-seal vulnerable areas.

When leaks do occur, it’s worth bringing in a professional to identify the exact nature of the problem. This will save you considerable time and stress in the long-term.

Is your leak so severe you need new windows? Start shopping for our casement or sliding sash windows or talk to us about our bespoke window range.