Double glazing has helped make our homes more energy-efficient than ever before.  By trapping a layer of air between two panes of glass, we’re able to greatly slow the transfer of heat from one side to another.  This was the case when the technology was in its infancy, and it’s even more so now. Thanks to special metal-oxide coatings that can be applied to the glass panes, wider cavities filled with inert gas, and heat-conducting materials like aluminium being replaced by insulating plastic and wood, double-glazing has never been more effective. 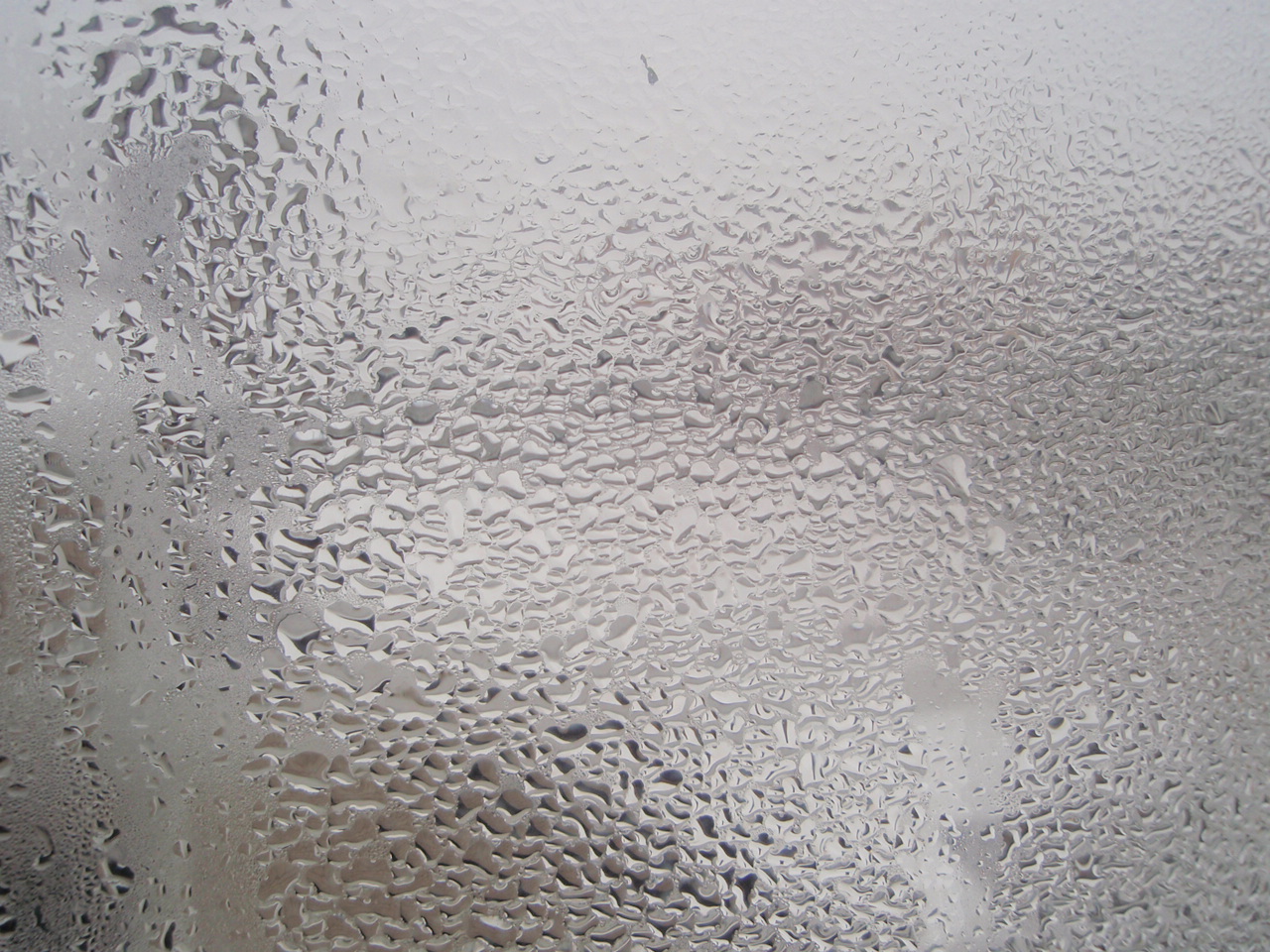 Temperature differences between the inside and outside of a window are guaranteed to occasionally produce condensation.  As moisture impacts the cold glass, it will condense into droplets.   If the window is double or triple-glazed, this effect will be even more pronounced, as the heat from the interior of a home will be prevented from migrating outward.  The result, particularly during winter mornings, is the distinctive sheen of condensation on the window’s exterior.

In the UK, we endure relatively high humidity and wet winters, which means that we see moisture forming in the corners of our windows from the start of September up until late March.  While this brings about a number of unpleasant side effects, like the appearance of black mould, it doesn’t indicate any deep problem with the window – in fact, it’s evidence that the window is working as it should.  If condensation should start to appear between the panes of a double-glazed window, however, then something has gone seriously awry.

When a sheet of double glazing is manufactured, special care is taken to ensure any moisture trapped inside the pane is removed.  This is done using a special substance known as a desiccate; most commonly the same silica balls that you might find shipped alongside a piece of electronic equipment.  These substances help to remove not only the moisture that gets trapped between the panes during manufacture, but also the moisture that might find its way through tiny cracks as the window ages.  This provides some measure of protection against leaks.

A well-manufactured window will last for a long time before such a leak occurs – and even when it happens, the leak will be small enough that the extra silica will remove the moisture as it enters- but a limited amount of desiccant can only absorb a limited amount of moisture, and sooner or later, trapped moisture will begin to appear.

The time this take tends to vary depending on the manufacturer.  A reputable manufacturer will put their money where their mouth is, and offer a guarantee.  This assurance offers buyers some protection against premature problems with their windows.  A ten year guarantee should be considered sufficient.

If your window is under guarantee, then you can stop worrying, as everything should be covered.  It is important that you don’t attempt to repair the damage yourself, as doing so runs the risk of invalidating the guarantee.

Once condensation starts to appear inside the panes of a window, there’s very little that can be done to remove it.  What’s more, this moisture means the inert gas that was once inside the cavity has vented out through the same leak the water vapour entered through.  This means that the double glazing is nowhere near as effective, and should be replaced.

When windows are first fitted, they don’t perfectly match the contours of the space they’re occupying.  Even if you’ve measured everything as precisely as possible, the tiny (and often microscopic) imperfections in the wall and the window will mean that tiny gaps are present – through which cold air can pass.

This means that when installing a window, we use a special expanding foam, which will puff up and harden, filling all of those gaps and providing a tight seal.  Over time, however, this insulating cement can degrade – meaning that re-applying it might resolve draughts.

In particularly old windows, the draught might enter from between the pane of glass and the window frame.  This might mean that the weather seal – the rubber surrounding the frame, which provides a tight seal when the window is shut – has degraded.  While it’s possible to replace these devices, their failure usually indicates that a window is past its prime – and possibly, that it’s been superseded by new and more effective double-glazed windows. 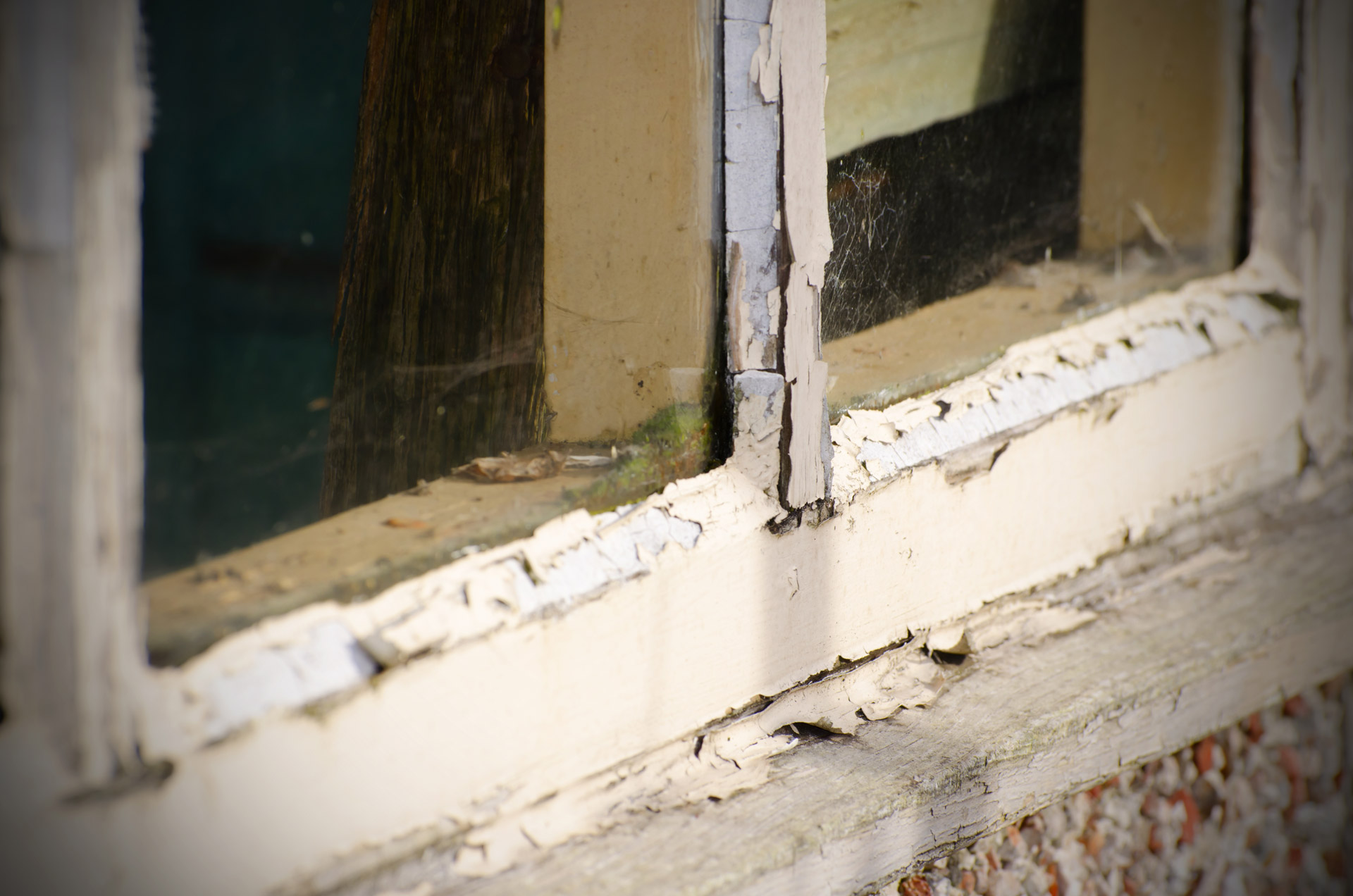 Windows endure an enormous amount of wear and tear, some of which may cause the window to stop functioning properly.

Tiny chips and cracks in the glass might be repaired through simple buffing, but if the damage is severe enough, the window will need to be replaced. As we’ve mentioned, even the smallest leak will allow all of the inert gas trapped between the two panes to escape.

The frame, too, might degrade over time.  Fortunately, this damage is far less likely to result in the entire window needing replacing.  Chips and scratches might just be cosmetic.  It might be repairable by a specialist company, but if it’s severe enough to cause draughts, then a replacement will be preferable.

So, should you replace your windows?

Having to replace your double-glazed windows might seem an irritating extra expense – but there’s a silver lining in the form of the increased efficiency that newer windows yield.  When you’re shopping for a replacement, be sure to check how long the guarantee lasts – reputable companies like Windows and More will be happy to offer guarantees of ten years.