Blog
BlogWindow TypesEverything You Need to Know About Georgian Windows 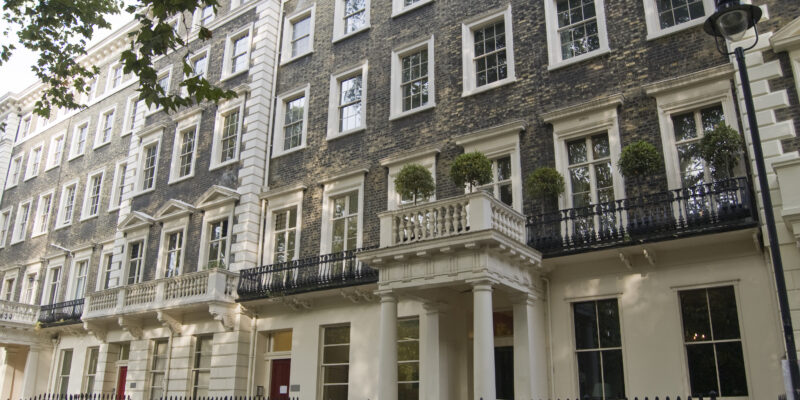 Georgian-style windows can be found in buildings scattered across the whole country. From icons of Georgian design, like Downing Street, through to modern homes built with a traditional look, Georgian-style sash windows remain a popular choice.

You probably see this window style on a daily basis, even if you don’t recognise it.

If you’re not sure what exactly Georgian-style windows are or why you should choose them for your home, this article will answer all the frequently asked questions about this style of window.

What Are Georgian-Style Windows?

A traditional Georgian-style window is made of two large sashes, each one consisting of six or more panes. These panes are arranged in a grid pattern, with bars across them.

Large windows and bright rooms were desirable in the Georgian period because they showed wealth. But in those days it was impossible to make glass strong enough to fill such a large space. Instead, windows were broken down into smaller panes using support bars so that they could create big, bright windows in big, bright rooms despite only having weak glass.

Symmetry and proportion were also big architectural trends in the Georgian period and this extended to their windows. This is why these grid arrangements were always symmetrical, with an equal number of panes in the top and bottom halves of the windows. This design also fitted right in with the elaborate brickwork and arches of the time as well.

The importance of symmetry also explains why sash windows were the dominant window type during the Georgian period.

When you open a casement window it loses the perfect symmetry of the Georgian bars and panes. Sash windows open vertically, with one window moving up behind the other. This lets them keep their symmetrical look, even when they’re open.

Many iconic buildings across the country feature this typical Georgian look, particularly across London. Downing Street, Buckingham Palace and the streets of Bloomsbury are all perfect examples of Georgian architecture, including their windows.

Sash windows were popular during the Georgian period, and are thought to be a Georgian invention. However not all sash windows are technically ‘Georgian-style’.

Sash windows continued to be popular during the Edwardian and Victorian periods. During this time fashions shifted and symmetry became less important. By the end of the Victorian period, people preferred a split look, with six smaller panels in the top sash but only one panel in the bottom. Today, a ‘Victorian-style’ sash window often has a standard one-over-one panel design.

If you want windows that are truly authentic to the Georgian period, simply picking a sash window is not enough. That classic six-over-six (or even eight-over-eight) arrangement is vital.

The ‘horns’ used to strengthen Victorian sash window frames weren’t necessary for Georgian-style sash windows either due to the support of the bars. So if you’re looking for an authentic design, you shouldn’t have horns on them either.

How Are Modern Georgian-Style Windows Made?

Unlike original Georgian-style windows, modern ones do not need bars to support the panes of glass. These days we can easily make glass that is strong enough to hold its own weight even for outsized windows.

However, those bars are an important decorative feature that is key for the Georgian design.

This gives two options when it comes to the bars of modern Georgian-style windows: traditional Georgian bars or astragal bars

What Are Astragal Bars?

Astragal bars are fixed to the surface of the window panes to create a look of separation. This means that they stick out on the inside and the outside of the window, in a full 3D effect.

They are not fully integrated into the glass as they were in the original designs but astragal bars do create a much more authentic look. They are a common choice to use in windows for period properties and conservation areas.

What Are Georgian Bars?

Georgian bars are sandwiched between the two panes of glass in double-glazed windows. They are contained completely within the glazing unit and do not break the surface. From a distance, they create the illusion of traditional Georgian windows but up close the difference is clear.

Georgian bars do tend to be a cheaper option and are a lot more common in uPVC windows. They can also be a more practical choice they keep the surface smooth for cleaning. However, astragal bars give a much higher-quality and traditional look, making them a worthwhile investment for most Georgian properties.

How Many Panes Of Glass Are In A Georgian-style Window?

Traditional Georgian windows were made up of a number of small panes of glass. Most commonly twelve, with six in the top sash and six in the bottom. An eight-over-eight structure was also common

In most modern Georgian windows, you only have two panes of glass, one in the top sash and one in the bottom. Glazing bars are then used to make the windows look as if they are separated into smaller panes.

What Are Georgian-Style Windows Made From?

Traditional Georgian windows would have been made of wood, including the bars holding the panes together. These days Georgian-style windows are available in wood, aluminium and uPVC.

Wooden windows are by far the most authentic option, offering durability, strength and great insulators, a fantastic choice for any home. In conservation areas, wooden sash windows can even be mandatory as they are closest to the original design.

What Colour Are Georgian-Style Windows?

Most Georgian-style windows are white as this colour was the most common during the Georgian period, and is your only option if you’re aiming for authenticity.

However, with modern designs, you have more possibilities, if you prefer you can choose to get Georgian-style windows in oak or dark wood. These still have a very striking look, bringing a traditional touch to any home – even more, modern ones.

They also allow you more freedom to match your external doors or other features of your home. You can also choose a range of paint colours to finish off your window frames if you prefer.

The one drawback of Georgian-style windows is that they can be expensive.

If you are going for the authentic look of wooden box sash windows, these are usually among the most expensive types of windows available. However, if you are looking to keep the cost of your new windows down then uPVC and aluminium Georgian-style windows can be a great alternative.

When it comes to the cost of Georgian windows, there is another factor to consider though. The fantastic look of these windows creates a lot of kerb appeal for your home. They will make it stand out from other properties that only have standard casement or other inauthentic windows.

The added visual appeal that Georgian-style windows bring will often translate into financial value. Many homes that stick with period authentic windows see a positive impact on the value of their home. This means you can think of Georgian-style windows as a long-term investment that gives you a return in the future to balance the short-term cost.

How Long Will Georgian-Style Windows Last?

As long as it is maintained, a high-quality timber window can last up to 60 years. Many listed buildings still have their original sash windows in working order, proving it is actually possible to keep them beautiful and fully functional for over a century.

As with all wooden window frames you need to restain, paint or refinish the timber regularly to get the longest life possible. You may also need to remove any rot or damage in the frames.

The slightly more complex functioning of sash windows does mean you will need to maintain the opening mechanism as well as the frame. However, most parts of a sash window can be replaced including the sash cord and the counterweight.

Are Georgian-Style Windows Worth It?

Georgian-style windows bring an elegant touch to any period property. If you want to keep the original charm and maintain the value of your home, then they are likely to be worth every penny.

They can even add character to a more modern home, adding decorative detail to a more contemporary frontage.

The final decision will always come down to personal preference though. If you’re looking for ultra-modern windows that bring a minimalist edge, then a set of sleek aluminium casement windows might be more to your liking.

However, if you want windows with the wow factor, Georgian-style windows will always deliver. 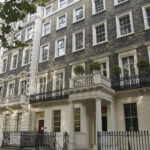 Everything You Need to Know About Georgian Windows 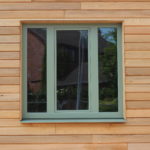 Which Is Better: Timber Or Aluminium Windows? 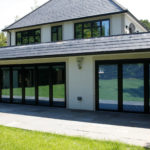 What Are The Advantages of Aluminium Windows? 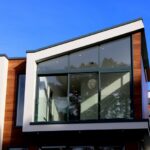 Should I Invest In Triple Glazing?