Blog
BlogGeneral InterestWhat Was Used in Windows Before Glass Was Invented? 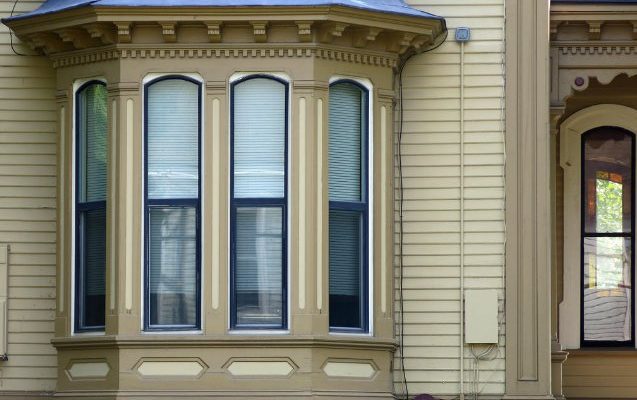 While the modern window might seem like a pretty simple contraption, it’s actually made from dozens of carefully-engineered parts. Double-glazed windows are able to insulate far better than a single sheet of glass – but even that required hundreds of years of refinement and engineering before it could be made thick and flat enough to actually see through.

Before the earliest forms of glass came to be, a window would be a simple hole in the side of a building, over which could be hung crude animal-skin curtains at night-time. Not terribly comfortable! So how did the modern glass window come about?

When Were Glass Windows Invented?

Glass, as a material, is rare in nature. Usually, it comes in the form of obsidian – which is entirely black. Synthetic glass first came to be widespread in ancient Egypt and Mesopotamia in around 3500 BCE, and came to be used for vases and cups thousands of years after that.

Glass windows, on the other hand, came much later. The ancient Romans used them, sporadically, in the more upmarket villas and government buildings – though their optical qualities were far behind what we might expect today. In certain places, like churches, this difficulty became an opportunity: stained glass windows allowed for the depiction of certain religious scenes. In this setting, transparency didn’t matter.

The earliest forms of window glass were ‘broad sheet’. These were made by first blowing a tube of glass, and then cutting off one side and rolling the whole thing flat.

The difficulty of manufacturing glass windows made them something of a status symbol – and this continued right up to Tudor England, where only the wealthiest households could afford windows of a decent size. In Europe, the Italian renaissance left no aspect of culture or industry untouched. Windows there became taller and sleeker, and separated by mullions and transoms (the wooden crossbeams which run across the surface of a window). As time went by, these elements were made progressively narrower – so that more light could pass through the window.

The 17th century saw the introduction of an entirely different sort of window: the sash window. This variety of window consisted of two moving panels, which could slide behind one another to create an opening. Windows of this sort needed to be made from ‘crown glass’: a more affordable material created by spinning discs of the stuff, and then cutting those discs into broad sheets.

Today, our windows are almost universally made from machined ‘float’ glass. This process came about in the mid 19th century, and though it’s been extensively refined since then, the principles used today remain the same: the molten glass is poured into a bath of molten tin. The two materials are immiscible, meaning the sheet floats upon the molten tin as it cools (like oil might float on water). The result is a perfectly smooth sheet on both surfaces, which, after a little bit of extra treatment, becomes perfectly transparent.

If you are looking for quality windows, take a look at our range of JELD-WEN windows and our own timber & aluminium windows. Just get in touch with any queries – we’re happy to help.