Blog
BlogAdvice & TipsWhy Is There Condensation Between My Window Panes? 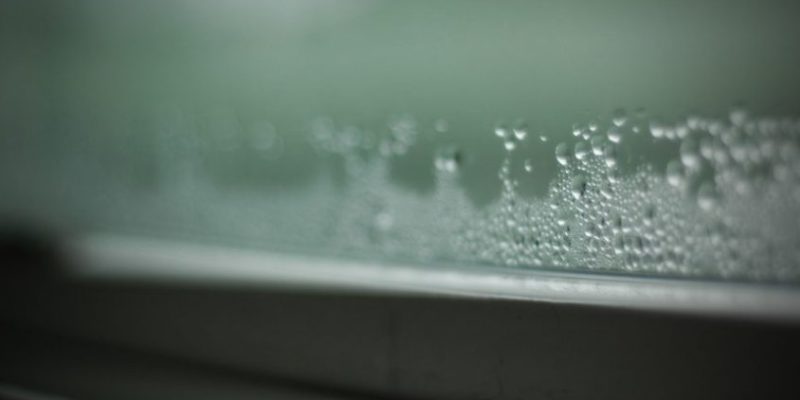 A steamed-up window is quite a common sight in modern homes – particularly if it’s cold outside and you’ve got the heating cranked up.  As the airborne moisture comes into contact with a cold window pane it condenses. This is normal (although you may want to take steps to reduce the amount of moisture in your home). Condensation that forms between the panes, however, is evidence of something a great deal more concerning.

How does double glazing work?

Double glazing makes a significant difference to the energy-efficiency of a building.  By sandwiching a layer of air between two panes of glass, we can slow the transfer of heat from one side to the other considerably.  When an inert gas like argon or xenon is used inside the cavity, the flow of heat is reduced even further.

In order to deal with any moisture that might get trapped between the panes during sealing, window manufacturers would use silica balls; the sort that you find shipped alongside electronic equipment.  These balls act as a desiccant; they’ll absorb small amounts of moisture, and prevent condensation from forming.

So what does all this mean for windows in which condensation has formed?  Simply put, it means that the seal which safeguards the interior of the window has broken, and airborne moisture from outside has found its way in.  The more condensation inside the window, the greater the degree to which the seals have failed.  This doesn’t just, of course, mean that you’ll need to put up with more condensation blocking your view of the outside world; it also means that your window will be far less energy-efficient.

Do I need to replace the window?

If your window’s still under the manufacturer’s guarantee, you’ll want to get it replaced straight away.  The window has failed, and they’re obliged to correct it.

If your guarantee has expired, you have a decision to make.  A double-glazed window with a broken seal will still function better than a single-paned window, but it won’t be anywhere near as insulating as a window with an intact seal.  Repairing the seal is difficult and expensive. It requires an engineer to identify where the leak is, suck the gas from the window, and refill it.  If there are multiple tiny leaks spread across the edge of the glass, a repair would be near-impossible.

Ultimately, the window will need to be replaced.