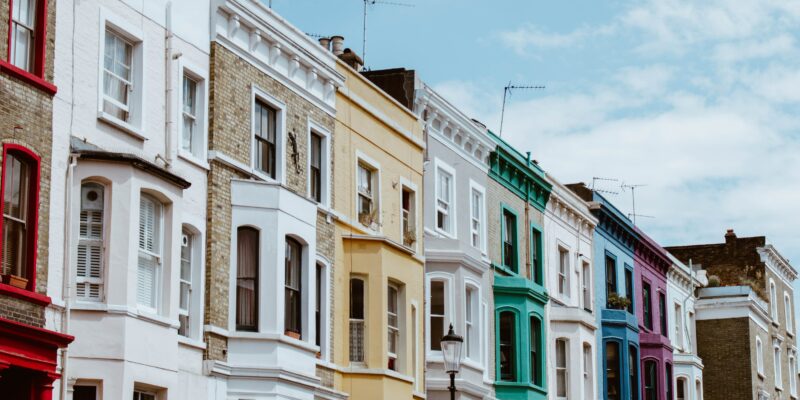 Window style is often overlooked as an aspect of interior design. You think about how the window functions first: whether to go for double or triple glazing for maximum insulation? What pane configuration will let the most sunlight soak into your rooms? The way your window actually looks can become a secondary factor. Whether you choose functional PVC or simply stunning timber frames, you’ll likely factor in the cost, how long the material lasts, and the insulating properties before you consider the design impact on your room.

This is a shame. Box sash windows will bring as much vintage elegance to a room as a restored cast iron fireplace, while a sleek roof lantern will turn a modern, minimalist space into a sun-soaked masterpiece. Carefully chosen, windows can make an impressive impact on your interior design.

Replacing windows is an important, if infrequent, part of maintaining your home – you should always consider your choices from all angles. Appearance might not be your first priority but it should be a strong consideration.

With a period property, it should maybe be your first priority. Keeping your choices sympathetic to the period can make a hefty impression on the value of your home. If your house is listed or in a conservation area, you may even be bound by law to keep within certain styles. Even if you modernise the interior, having an authentic period appearance from the outside brings instant kerb appeal. Not to mention, instant value.

Before we get involved in features of specific periods, there are a couple of things that will apply to all heritage properties.

Your ultimate goal should always be historical accuracy. Like all other aspects of architectural design, window design followed fashions which evolved over the decades. A house built at the start of the century won’t benefit from designs that were fashionable towards the end.

If you know the age of your property, and your existing windows seem appropriate you can replace like-for-like without much concern. If they don’t seem faithful to the period of your property, take a look at your neighbours and other other similar buildings locally for inspiration, as well as reading on to find out the fashions of the time.

A Brief History of Windows

Historically, windows were often used as status symbols. The construction and materials were expensive, and big, bold, bright windows were the wealthy homeowner’s way of flashing their fortunes. This is why an old English manor house always seems to have vast floor-to-ceiling windows, while cute, compact casements seem to default as cottage windows.

Glass manufacturing limitations also played a part in fashions and designs. Originally, it was only possible to create thin, fragile panes that had to be small to stay stable. This is why many heritage windows are built using multiple panes in a grid. As technology improved and glass got stronger, less panes were needed. The patterns were then influenced more by appearance instead.

What Windows Are Best for Tudor Properties?

Glass was weak and very fragile during the Tudor period. Most windows featured a large proportion of lead lattice work, often in rectangles or diamonds.

They didn’t exactly feature frames as we would understand them, and were often inserted straight into stone. Large windows would often be broken down into smaller leaded sections that were placed between a stone grid for support.

What Are Georgian Windows?

As glass grew stronger, Georgian windows left behind the invasive lead lattice, and moved on to more spacious timber frames.

Box sash windows were common with the intricate pulley and weight system concealed with the wooden frame.

These were still supported in a grid pattern (eight over eight or six over six) to give the largest possible windows when glass still wasn’t stable enough to support large panes.

Victorians stuck with box sash windows, though smaller or rural homes may have had casement windows. They preferred a cleaner, more classic, two over two, pane window. This was only possible because glass was stronger but made windows more expensive. It was another vintage way of flashing your cash.

As the use of so many glazing bars and grids fell out of fashion, ‘horns’ were introduced to sash frames. These help support the weight of the larger glass panes. You can get decorative horns on modern sash windows. Though they don’t serve any function, details like this will help you achieve perfect period authenticity.

Edwardians still used classic sash windows, though they took the best of both worlds from Victorian and Georgian designs. They kept using the ‘horns’ from Victorian windows, but also used the multiple panels of Georgian ones. Six over two panes was the most common.

They often stuck to a slimline framework between the panes, with thicker timber pieces on the top and bottom.

Architecture of the 1930s was influenced by the Art Deco movement. It saw the rise of decorative coloured glasswork and the distinctive ‘Crittal-style’ windows that used slim geometric steel frames to create a striking appearance. These slim framed metal windows tended to be in the casement design, moving away from sash windows.

Do I Need Planning Permission to Replace Period Property Windows?

The style of your windows might not matter to you, but if you live in a conservation area, it might be your legal duty to care. If your home is covered by an Article 4 Directive, you will need to apply for planning permission to cover almost any work on your house. This includes replacing your windows.

When planning permission is granted, you will be expected to install replacement windows that are as close to the originals as possible. Timber frames are usually preferred over uPVC, due to their heritage appearance. You will need to choose the same style, be that sash, casement etc.

Things get even stricter with listed building windows. You will have to apply for ‘Listed Building Consent’ to make any changes at all.

If you live in a conservation area, we recommend speaking to your local planning department before you begin to look for replacement windows. As well as explaining restrictions to you, they will be able to advise you on the appropriate style and manufacture of windows.

Here at Windows & More, we offer a variety of windows sympathetic to period properties. We offer JELD-WEN conservation windows and classic box sashes, as well as our own range of beautiful timber windows. Browse our range and get in touch if you have any questions. 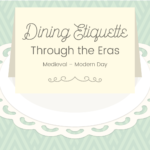 Dinner Parties & Etiquette Through the Ages 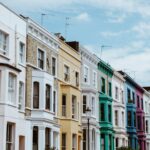 Best Windows For A Period Property 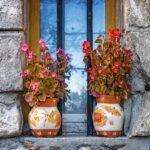 Can You Repair Rotten Window Frames and Sills?