When it comes to energy efficiency, windows are notoriously vulnerable.  Given a chance, they’ll drain the heat out of your home and into the great outdoors, far faster than brickwork and doors.

Of course, this isn’t a new problem, but in recent years better solutions have entered the market.  Of these, double glazing is the best known.  In a double glazed window, two glass panels are placed parallel with one another, with a layer of insulating gas sandwiched in between.

The precise makeup of this gas has changed over the years.  When the technology first appeared in Victorian Scotland, manufacturers used ordinary air.  During the middle of the 20th century, manufacturing techniques became more sophisticated, and the air was replaced with a vacuum.  Inside a modern double glazed window, however, you’re likely to find one of three noble gases: namely argon, krypton or xenon.  Take a look at the periodic table, and you’ll find them stacked on the right-hand side. 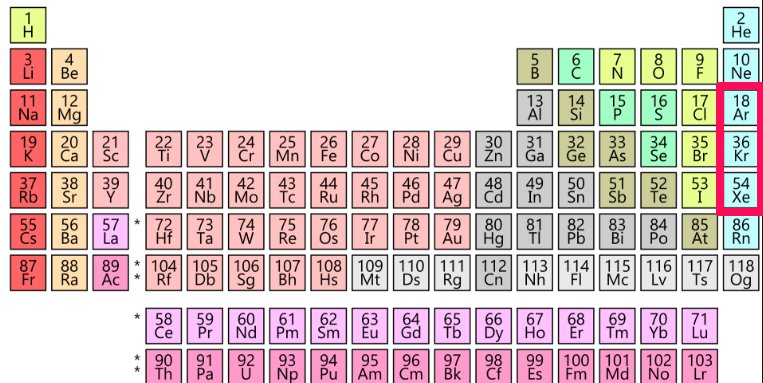 But what are the practical differences between these gases?  Why is argon used in double glazing instead of air?

Why Argon in Windows? 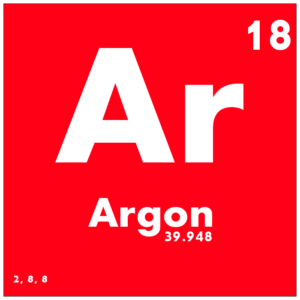 Argon gas windows represent, in most situations, the optimal balance between performance and cost.  If you shop for double glazed windows, you’ll tend to find that they feature argon alongside low-emissivity glass, and thereby reduce heat gain during summer while keeping the interior cosy during winter.

Argon offers a thermal conductivity around a third lower than ordinary air, for only a marginal increase in cost.  Treated well, argon-filled double glazing will last for more than two decades, losing only a fraction of its performance over the years.

Are Argon Filled Windows Worth It?

In most cases, argon-filled windows are an obvious choice.  Having said that, some circumstances might call for a more expensive, high-performance gas.

Why Krypton in Windows? 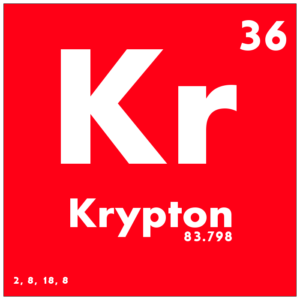 Krypton represents something of a middle ground between argon and xenon.  It’s more expensive than the former, but less so than the latter.  It’s yet to overtake argon as the industry standard, on account of its higher price, but this might well change in the future, should manufacturing techniques become even more sophisticated.

Krypton-filled double glazing tends to be thin. Indeed, if krypton is used in a wider gap than, say, 20mm, convection currents will begin to form that transfer heat from the interior of the window to the exterior.

In old buildings, cavities were filled with single-paned windows, meaning there might not be sufficient room for a thicker argon-filled window.  You might therefore consider krypton-insulated windows as a means of preserving the aesthetic of the building while enhancing the insulation.  It’s worth considering the potential difficulties inherent in obtaining planning permission for a double glazed window in a period property, since the difference in pressure between the two sides will generate a bowing effect on the glass.  This can undermine the appearance of the property from the outside.  That said, this drawback is common to every sort of double glazing – not just krypton-filled windows.

If you don’t have any such space restrictions to worry about, then you might cram multiple layers of krypton gas into the same window.  Triple glazed krypton-insulated windows incorporate three panes of glass, the middle of which will interrupt the convection currents we’ve just discussed.  In the UK, such windows are installed only rarely, since temperatures don’t often dip low enough to justify them.  If you’d like to go down this route, however, krypton is worth considering.

Are Krypton-Filled Windows Worth It?

It’s difficult to state with certainty whether krypton-filled windows justify their price point, as the answer will depend on your aims.  Most in the building industry will view them as an extravagance, but if you consider energy efficiency to be important, krypton might well prove tempting.

Why Xenon in Windows? 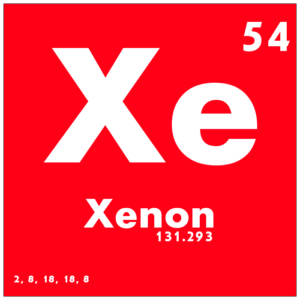 Let’s take a moment to consider trends in the world of architecture.  A modern skyscraper has a surface area made almost entirely from glass, and they’re not an exception – courthouses, swimming baths, service stations and office buildings across the country are increasingly transparent.  The advantages of this approach are obvious: glass allows more natural light into an interior, and helps us to see the world outside.

But how can architects incorporate such large expanses of glass without compromising the energy efficiency of the building?  One answer comes in the form of xenon.  Xenon-filled windows are a relatively recent innovation, and sit at the forefront of glazing technology.  They’ll insulate wonderfully.  But this performance comes with a price tag to match.

Xenon gas windows are therefore permitted in exceptional circumstances only.  If a business wants to achieve LEED certification for their headquarters, for example, then xenon might just be a way to do it.  Some residential circumstances might also warrant the use of xenon-filled double glazing – but these are rare.

Are Xenon-Filled Windows Worth It?

The short answer is: probably not.  Xenon’s eye-watering price puts it out of reach of all but the most ambitious homeowners.  That said, if you’re planning your dream property, and you’d like to incorporate a lot of glass, then the performance of xenon might make it worth considering.

So What Should You Choose for Your Windows: Argon, Krypton or Xenon?

When it comes to energy efficiency in double glazed windows, the three gases could accurately be labelled as ‘Good, Better and Best’.  A denser gas will perform better as an insulator, but this performance comes at a cost.

Your choice of window will, to a large extent, depend on your personal tastes and circumstances.  For most of us, the insulating qualities of argon will be more than sufficient, and the cost of the more effective materials will outweigh their advantages.