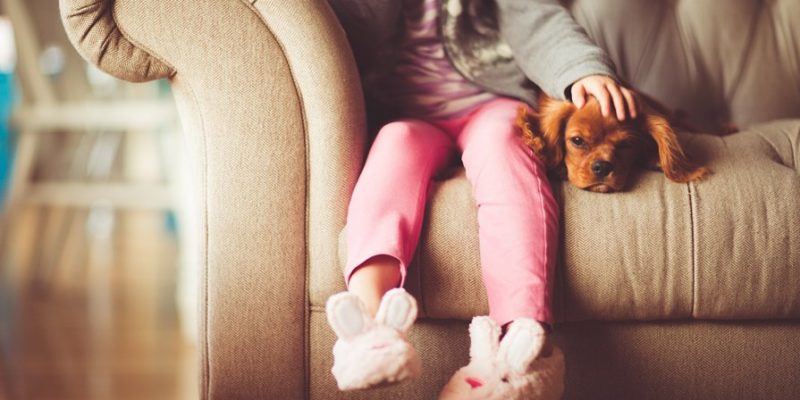 What is “happiness”? Since the days of Aristotle happiness has been believed to result from a healthy mix of Hedonia (pleasure) and Eudaimonia (a life well lived). In other words, we need to regularly feel life’s simple pleasures – the taste of chocolate; the sun on our face; the sound of our favourite song – and we need a comfortable life that meets our basic needs and sets us up to flourish. We need a happy home.

But what makes a home “happy”?

Every year the World Happiness Index surveys people from various countries to determine the world’s happiest population. Consistently since 2012 countries from Scandinavia have dominated the top 5, with the US in 13th place and UK in 23rd!

So what is it that makes Scandinavian countries consistently come out tops in the happiness stakes? What are they doing (or not doing) that makes for such happy homes? And is there a way to take these habits and turn them into a fool proof formula for determining happiness in the home?

Turns out, there is…

The Formula for Happiness 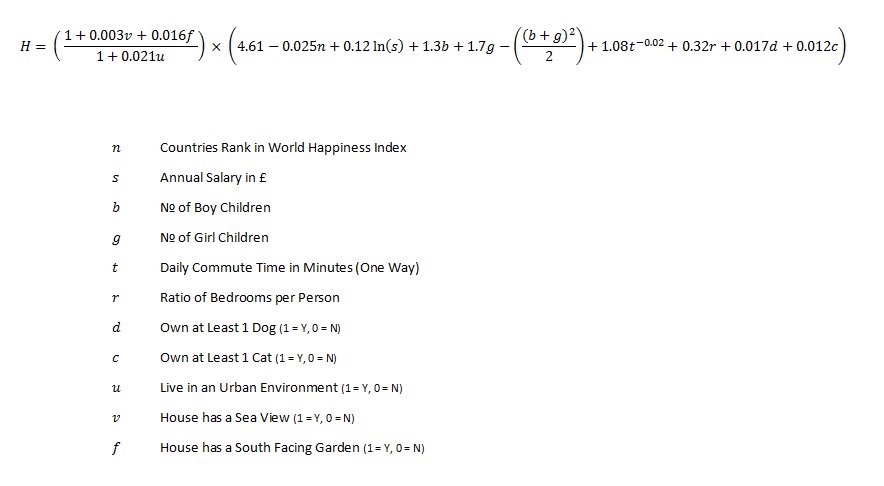 Every year the World Happiness Index surveys people from various countries to determine the world’s happiest population. Consistently since 2012 countries from Scandinavia have dominated the top 5, with the US in 13th place and the UK in 23rd!

So, now we’ve picked a rough geographical region, let’s try and narrow it down a bit. Which is best: city-living or the country life?

So whilst there are pros and for both (and much of this is down to personal preference) there are definite health benefits to living in the countryside:

According to research by the Office for National Statistics (UK), people are much happier in the countryside compared to the city.

A survey conducted by Santander Mortgages suggests around 33% of people cited proximity to work as a priority for their next property and 28% of people said proximity to public transport was a top priority,

Studies by the ONS and The Young Foundation showed that every additional minute of your daily commute increased your anxiety levels and decreased your ‘life satisfaction’.

19% of homebuyers wanted to be within the catchment area of a good school and 17% said that proximity to a green space was important.

Living near to pubs, bars or restaurants or in an “up and coming” area appeared to be less of a priority, with only 8% and 2% of potential home buyers respectively mentioning these factors.

Pets undeniably make us feel happier (so long as you don’t have allergies). They have been proven to:

27% said more space in their next house was important, and that they would, on average, pay £10,207 more for a home which had “extra space”.

12% of people said a south-facing garden (i.e. one that gets maximum sun through the day) was a priority and that they would be willing to pay £5,413 more for this. Add to this both the health benefits of sunshine and how happy it makes people and you’re on to a winner.

$75k (around £50k) is the optimum salary for a happy life. Happiness supposedly increases up to that point before leveling off.

According to The Guardian newspaper these are the world’s five happiest jobs:

Happiness increases linearly with the number of bedrooms we have in our home. The happiest homes have a ratio of more than 1.5 bedrooms per occupant. So a couple in a house would want 3 bedrooms, whereas a family of two adults and two children would have a house with 6 bedrooms.

Get some. Exercise keeps you happy and keeps you fit. Do the math(s).

Bounty, a UK parenting website says 2 daughter families are happiest. Girls are said to play nicely together and are less likely to fight. Don’t have any more though as the least harmonious of families were those with 4 daughters!

It’s no secret that colour affects the mood. Amongst the possibilities are:

It all depends on what makes you happiest. With colours though, a little goes a long way. Use whites and off-whites to brighten and splashes of colours to add vibrancy and energy to a room.

Although most Feng Shui theories are disputed, (such as how your bed is aligned, or how ‘balanced’ your furniture is) there is a lot to be said for keeping your house decluttered and organised – “a clean home is a happy home.”