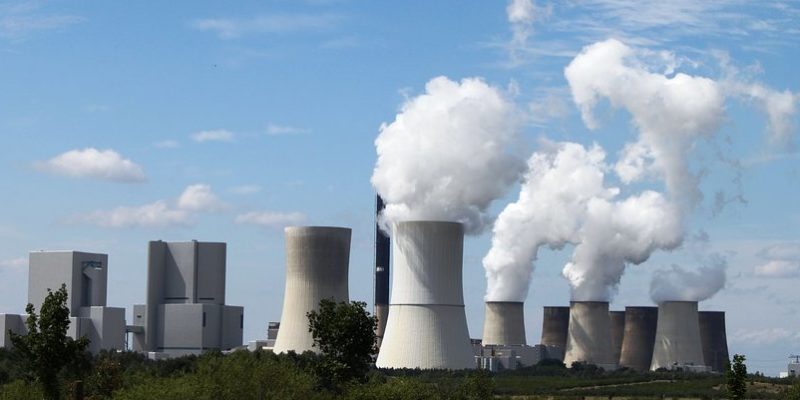 Homes today are more energy-efficient than they’ve ever been. They’re also filled with more energy-draining items than ever before. You might not think much about leaving the fridge open while you make a sandwich, or spending an extra five minutes in the shower, but together, the energy you’re wasting really adds up.

What Wastes the Most Energy? 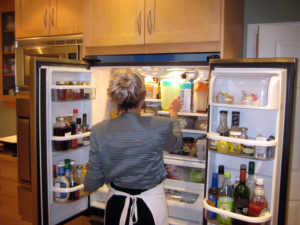 Leaving the fridge door open longer than necessary is another common way we waste energy. It might not seem like a big deal to leave it open while you get a bowl of cereal or make a sandwich but for every second that door’s open, your fridge is forced to work harder (and is wasting energy unnecessarily while it’s at it). 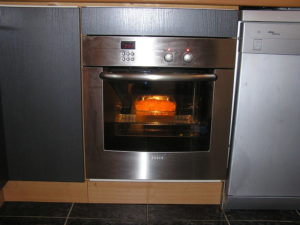 The microwave is far more efficient for reheating food than your oven.  When you are using your oven, avoid opening the door to check how your food’s doing – ovens lose heat fast and have to use more energy to get back to temperature. 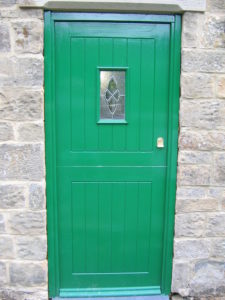 Tiny gaps around the edges of your doors, or between the bottom of your curtains and windowsill, will contribute to energy wastage.  During winter, you can correct these problems with the help of a draught excluder or a pile of towels. Alternatively, try sealing gaps (or investing in new windows or doors). 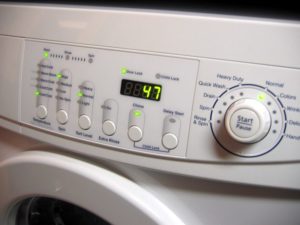 Most laundry will wash just as well at 30°C as it will at 40°C.  This will also extend the lifespan of your clothes. Separate your washes so that the most severe stains can be dealt with at higher temperatures. 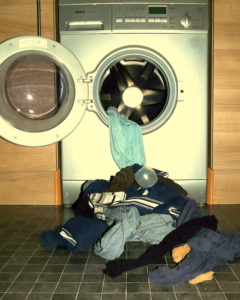 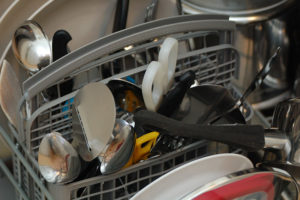 The same logic applies to the dishwasher – except you don’t really need to worry about overfilling a dishwasher.  Fill your dishwasher to capacity and use the most efficient setting.  You can use the money you save to invest in more crockery and cutlery! 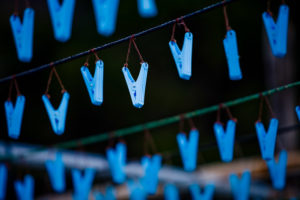 Drying your clothes naturally by hanging them on clothes horses, or out in the garden on the line, will save a considerable amount of money relative to a using a tumble-dryer.  Your choice of dryer will also impact the money you spend.  Which? suggest that a C-rated dryer costs around 49p per load, compared to just 14p for an A-rated one. 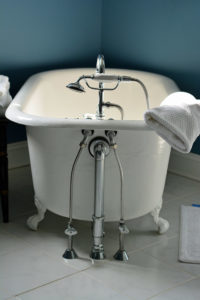 Baths are expensive – period.  Replace just one bath a week with a five-minute shower and you could save about £40 a year on your water and heating bills. 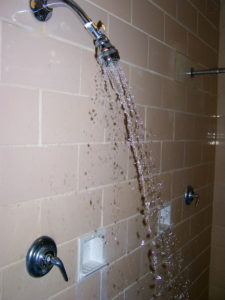 A long shower might relax you, but the cost won’t. Just 8 minutes under an electric shower costs between 20 and 30p. Double that time, and double it again for a 2 person household, and you’re looking at up to £1.20 a day – or £438 a year! 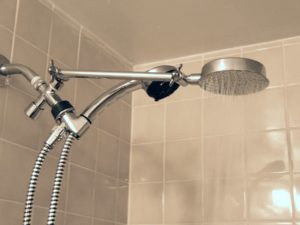 Modern showerheads are able to create the illusion that they’re using more water than they actually are.  If you can, adjust your showerhead to provide a pressurised blast of not-very-much-water.

12.  Not switching things off 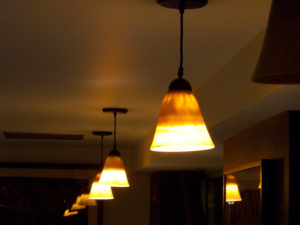 If you’re leaving a room and no-one’s in it, turn off the lights.  Simple. 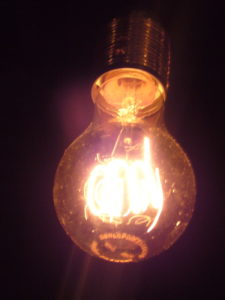 Traditional halogen bulbs are on the way out.  Modern LED bulbs are many, many times more efficient – and the gap is certain to keep growing.   In fact, the rate of improvement is sufficient that stockpiling spare bulbs is inadvisable! 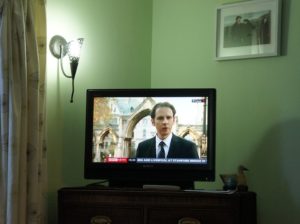 Many of us like to cap off a week by unwinding on the sofa with a glass or two of wine and a marathon of television.  You’re not going to get much enjoyment from your favourite shows, however, after you’ve fallen asleep – so be sure to switch off and go to bed before you crash out. 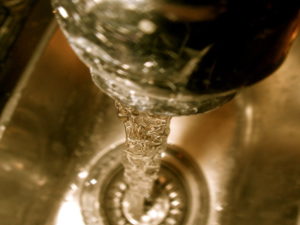 This is totally unnecessary.  The average tap can dispense six litres of water in a minute, which adds up to more than eight thousand litres per person brushing their teeth every year.  Just turn it off! 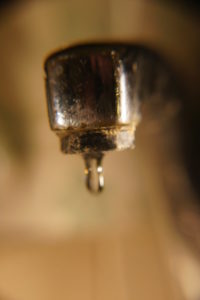 That drip-drip-drip might not seem worth worrying about but as we’ve seen, small amounts of wastage can add up.  That tap’s going to be leaking 24 hours a day.  Get it fixed.

17.  Not programming your thermostat 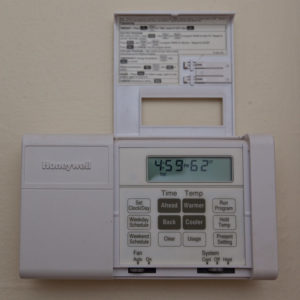 If you’ve invested in a programmable thermostat, then you’ll want to do some actual programming.  It’s incredibly easy, and it could save you around £70 a year.  That way you can be sure you’re not wasting energy when you’re not home. 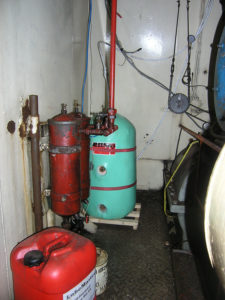 Insulating this contraption will save around £20 a year – and perhaps more.  The improvement takes seconds, and you’ll only need to do it once! 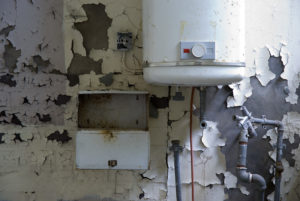 Old boilers tend to be massively inefficient.  Since heating represents around 60% of the average household’s costs, upgrading to a modern A-rated boiler can make a substantial difference!

If you’re going to be cooking broccoli, asparagus, potatoes and carrots, is there really any need to boil four separate pans?  Of course not – invest in a set of stacked steamers, place the lid on the top, and cook four things using the same energy it takes to heat a single pan.